From Physics to Professor: An Instructor Feature 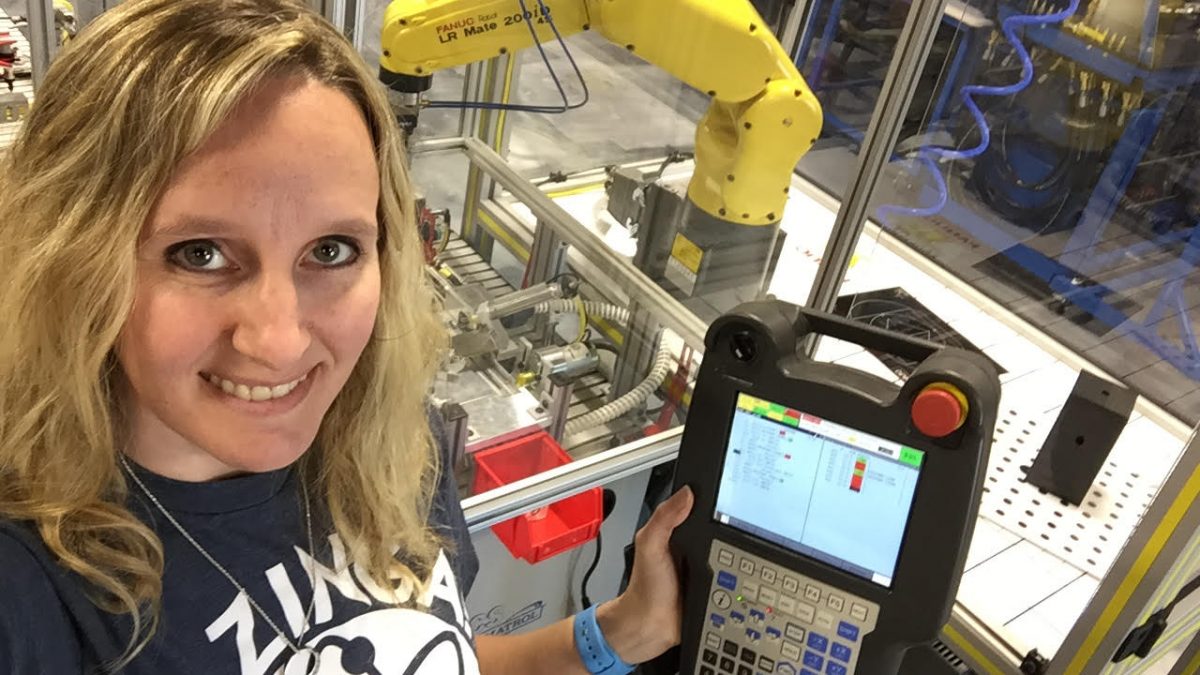 “We’re going to become a Center of Excellence for NC3 and Festo certifications, so that’s a big deal,” she said. Festo Didactic is “a global manufacturer of process control and factory automation solutions.” – Aubri Hanson

The original article was posted by The Southeast Sun on July 10 and written by Cassie Gibbs.

Aubri Hanson’s career has brought her from NASA to the Alabama Aviation Center, where she is using her knowledge of the workforce to bring a new, needed program to the area.

New mechatronics instructor Hanson began her education after a former employer encouraged her to pursue a degree in electronics.

One of her first experiences working with electronics was with a news channel in Kansas. Since then, she has worked for VirCon Engineering Research and Development, Radiance Technologies and NASA.

“Even though my degrees are in physics, I’ve always worked as an engineer,” she said, stating she’s worked with radiation detection, on the Mars simulation and the Return to Flight program.

Her time in education started when she came to the Wiregrass. Hanson started teaching science classes at Enterprise High School in 2011 while also teaching a LabVIEW class as an adjunct at Gulf Coast State College (GCSC) in Panama City.

“I did not set out to be a teacher,” she said. “Research is what I really thought I wanted to do, and I did. I liked doing the research. I have a lot of publications related to that, the research that I did.

“It was a LabVIEW field engineer that I had worked with when I was doing my graduate research at Southern Miss. He knew that Gulf Coast State College needed somebody to teach LabVIEW, and he’s the one that kind of thought that I would be good at doing that. Once I started doing it, I was hooked. I just enjoyed it. I really liked teaching, and I was told by a lot of students and other faculty that I was good at it.”

After serving as an adjunct teacher at GCSC for a year, she was offered the chance to take over the college’s engineering technology program, which offered four specializations.

She was over the program for three years, during which time she said the program grew “over 400 percent” and had one of the largest, if not the largest at the time, precentages of female enrollments in the state of Florida. She received the Manufacturing Post-Secondary Educator of the Year award for the growth of this program in 2014.

During her time in college, Hanson said she was one of just a few women in her program.

“It’s a lot different now than when I went through college,” she said. “It’s changed a lot, and some of it is that women aren’t as scared of it now, you know. If they can see another woman doing it and being successful at it, that’s a good example for them.”

Though there has been an increase in women joining STEM fields, Hanson said she just wants to help all her students be the best fit for any job they apply for.

After her success with the engineering technology program at GCSC, Hanson said she was recruited to start a new program at Chipola College. She served there for three years.

She then served as an adjunct at Wiregrass Georgia Technical College, where she taught engineering technology and physics, returning to her roots.

“I loved it,” she said, smiling. “I loved teaching physics.”

While at WGTC, connections put Hanson in contact with President Matt Rodgers and Dean of Instruction Danny Long at Enterprise State Community College to provide insight into starting a mechatronics program.

“They called me, really, just to give them some advice about starting a program, first,” she said. “Then, I applied for the position when they were ready to hire someone. So, I started with Enterprise State officially in March.”

To start a new program like the mechatronics program, she said the school needed to show a need for it in the community.

“Industry has to be on board with what you’re doing, and that’s what the state wants to see,” Hanson said. “They want to make sure that you have industry support, that there are going to be jobs available for your students when they graduate.”

During her time in education, Hanson said she has personally seen the need for more individuals to have credentials in STEM fields like mechatronics.

“The more I worked in the education field, the more I would see industry coming to me, and I could not produce enough graduates to fill all the jobs that were available,” she said. “That’s how I kind of started leaning towards workforce development more, and it has kind of become a passion of mine.

“The number one reason (this program is important) is the skills gap because we’re going to have so many people retire out of manufacturing in the next 10 years that we don’t have enough of the younger generation to replace them. As these jobs become harder and harder to fill, the wages are going to go up and up and up.

“They’re saying nationwide, they expect 4.6 million jobs to be available in the next 10 years and only about 2.4 million of those to be filled.”

Though the program is ready for its first students in the fall, Hanson said she has not stopped reaching out to potential students or local industries.

“This summer, I’m still back out talking to industry, making sure we’re on the same page and seeing if we can create some training classes for their employees to go along with our credit courses,” she said. “Then, I’ve been in high school, trying to recruit students.”

She said she has found that having experience in this field allows her to provide insight for students asking about mechatronics and the school’s program.

To provide an example, she said one of the Mars lunar landers crashed “because they didn’t properly do a conversion between English and metric (measurements).”

Hanson also tries to tell potential students that manufacturing, a field in which mechatronics is found, has changed in the past decades.

“One of the biggest things we fight with getting young people interested is they think manufacturing is standing at an assembly line and operating a screw gun all day or something like that,” she said. “They think it’s what it was 20 years ago, and it is absolutely not that anymore.

“Manufacturing now is, for the most part, automated, so you’re not standing at the assembly line running the screwdriver; you’re standing there operating the robot or programming the robot that is doing that more menial task, and automation doesn’t replace jobs; it doesn’t get rid of jobs for people. It just changes what those jobs are.”

“We’re going to become a Center of Excellence for NC3 Festo certifications, so that’s a big deal,” she said. Festo Didactic is “a global manufacturer of process control and factory automation solutions.”

“Another big goal is to get the program off the ground here, and once it’s successful, we want to duplicate it on other campuses,” she said.

She encouraged those who enjoyed hands-on work or those who might think mechatronics is a field they might enjoy.

“This program is for anybody who likes working hands-on because the majority of the learning is done hands-on,” she said. “This is not traditional engineering in the sense that you’re not going to sit in a classroom and study theory out of textbooks and have to do a lot of math.

“College is about trying things, so if anybody thinks they might have an inkling to do this, come try it. There’s no harm in it. You might find that you’re good at it; that’s kind of what happened to me.” 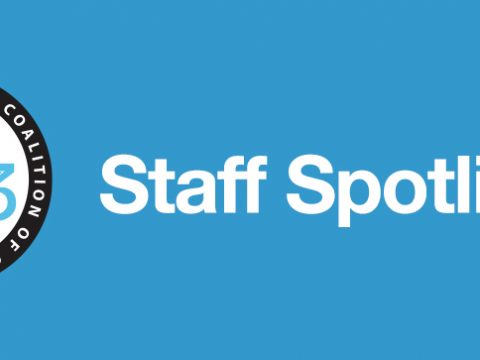