The National Coalition of Certification Centers (NC3) is pleased to announce two exciting appointments to the NC3 Board of Directors.

NC3 is honored to have Dr. Utash and Dr. Seabrooks’ expertise on the NC3 Board of Directors. Read below to learn more about these two exemplary individuals who demonstrate NC3’s core vision, and support the national recognition of CTE nationwide.

Since 2019, Dr. Sheree Utash has served as the NC3 Board of Directors’ Vice-Chairwoman, and NC3 is honored to welcome her as NC3’s first Chairwoman in its 11-year history.

“Dr. Utash is an exceptional leader and visionary who believes in leading by example. As an early adopter of NC3, Sheree has utilized NC3’s resources to develop strong instructors utilizing NC3’s professional development training, certified thousands of secondary and post-secondary students as well as local workforce in the Wichita area, and has created long-lasting national and regional industry partnerships that institutions from around the country come to benchmark and learn from,” states Roger Tadajewski, NC3 Executive Director.

Since joining the NC3 network in 2012, Dr. Utash has worked at the ground-level to support and develop the WSU Tech instructors to become some of NC3’s top Master Instructors. WSU Tech also implements NC3 certifications in almost every industry sector, which has made this institution a top NC3 certification leader and recipient of NC3’s Dennis Iudice Award three years in a row.

As a CTE advocate, locally and nationally, Dr. Utash has developed several new programs and initiatives that impact the entire NC3 network. This year alone, WSU Tech, along with the NC3 National Letter of Intent Signing Day Founder, Clark Coco, hosted NC3’s inaugural National Signing Day Game Day Broadcast at WSU Tech to celebrate CTE nationwide. Dr. Utash also recognizes the need for a technically-skilled workforce but also strong, well-rounded employees in any field of work. She, along with WSU Tech’s Master Instructors, worked with the mikeworkWORKS Foundation and Koch Industries to create the MRW Work Ethic Certification, a first of its kind. This new certification was piloted this fall with 20 top NC3 Leadership Schools and is planned to officially launch in early 2021.

In addition to the NC3 Board of Directors, Dr. Utash also serves on several community and professional boards including the American Association of Community Colleges (AACC) and the Higher Education Research and Development Institute. She also previously served on the American Workforce Policy Advisory Board – US Department of Commerce.
Thank you, Dr. Utash, for your continued leadership and dedication to the NC3 Network!

NC3 is proud to welcome recently appointed Dr. Joe Seabrooks to the NC3 Board of Directors.

Since becoming President of Dallas College: Cedar Valley in 2016, Dr. Seabrooks became involved with NC3’s industry-recognized certification programs and professional development training early on to encourage and support his instructors, and transform his institution into the CTE Center of Excellence it is today.

In just four short years, Dallas College: Cedar Valley has quickly become one of the fastest growing NC3 Schools in the country. Due to Dr. Seabrooks’ vision and support of career and technical education, he has created a nationally-recognized institution across numerous CTE programs, which are all dedicated to the advancement of post-secondary students, secondary students, local workforce, and community/industry partners.

Dr. Seabrooks understands and values the importance of being at the forefront of industry-leading education and training. Dallas College: Cedar Valley has led the NC3 Network in the adoption of several new certifications and programs over the last four years including early adoption of the first Kubota TECH program, hosting NC3’s National Signing Day event – which celebrates and supports inspiring CTE technicians and professionals in the Dallas Community – and also, piloting the new MRW Work Ethic Certification with NC3 and WSU Tech.

This summer, NC3 was honored to have Dr. Seabrooks present at NC3’s first-ever Virtual Leadership Summit to over 250+ attendees, on the “Student Successes & Education Transformations” panel where he shared his best practices and experience on the impact of NC3’s programs and resources on his staff, students, and his local community.

Roger Tadajewski, NC3 Executive Director, believes Dr. Seabrooks’ passion for career and technical education is inspiring and contagious! “Joe has created a national example of NC3’s mission and values at Dallas College: Cedar Valley by developing strong local workforce partnerships and celebrating the value of CTE in the Dallas area to both students and industry alike. I look forward to the innovative ideas and expertise he will bring to the NC3 Board of Directors. Dr. Seabrooks will undoubtedly drive us forward.”

Welcome to the NC3 Board of Directors, Dr. Seabrooks. We are honored to have you aboard and look forward to your continued support as we guide the NC3 Network into 2021… and beyond! 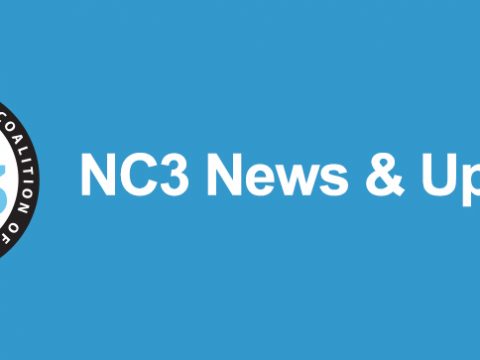 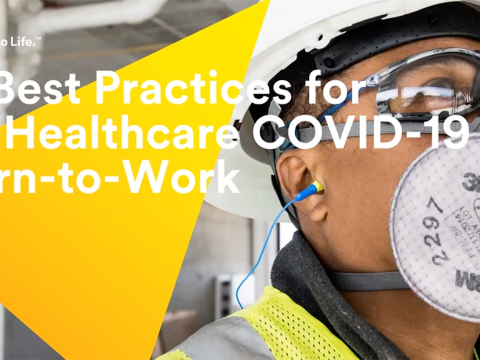