Our team at NC3 has some impressive employees in our ranks and this Staff Spotlight series aims to highlight the incredibly talented individuals who work with us. We’ll be featuring a new interview in our monthly newsletters, here on our website, and on our social media pages each month.

This month’s Staff Spotlight features NC3 team member, Craig Foucht. Craig is NC3’s Curriculum Coordinator, which means he supports the NC3 team and our world-class industry partners with curriculum development as well as makes updates and generally oversees NC3 curricula in multiple sectors of technical education on NC3certs.com. He also provides strategic support to instructors worldwide to help set them, their schools, their students, and their communities up for success!

In addition to his role at NC3, Craig is also the Executive Director of the Wayne Business and Industry Center at Wayne Community College (WCC) in Goldsboro, NC. In this role, Craig is the liaison between WCC and local businesses in the county he loves. His experience bridging his institution with local businesses in the area makes him a wealth of information for schools in the NC3 Network that are looking to further develop their local business partnerships through the issuance of NC3 certifications! Being a formal faculty member, Craig truly knows the value of NC3 certifications and is proud to have been involved with our organization since shortly after it was formed.

Like many instructors in the NC3 Network, Craig started his journey at NC3 with the Snap-on Multimeter Certification in 2011. After taking the Snap-on Torque Certification in February 2012, he quickly became one of only a handful of NC3 Master Instructors. As a Master Instructor on the Train-the-Trainer team, Craig jumped in head first and has since become an integral player in NC3’s curriculum development process.

As Curriculum Coordinator, Craig’s first project was the first major edit of the Snap-on Torque curriculum. Shortly thereafter, he became the lead developer and editor of the Snap-on/Starrett Precision and Advanced Measuring Instruments Certifications (PMI and AMI), which are two certifications that still set the standard for NC3 curriculum development to this day. In more recent years, Craig has edited and updated multiple Snap-on certifications, developed the 3M Safety and Health Awareness Certifications, and was responsible for the implementation of all new Festo curriculum and all Lincoln Electric program curriculum.

To learn more about Craig, how he became interested in career and technical education, what motivates him to wake up and go to work, and more, check out our Q&A session below!

How did you become interested in career and technical education?

I became interested in career and technical education because someone believed in me. One day, while repairing a car in a dealership, I looked up and there was one of my college instructors. He told me about an instructor opening at Wayne Community College and said he believed I would be a great instructor. I have always thought telling people you believe in them is one of the best things you can do to build them, and that is largely how I landed here.

The thing I like most about working with NC3 is the positive impact I’m able to make on the lives of so many others. One of the biggest compliments I ever received was from an instructor who was attending a Train-the-Trainer event because his institution signed him up to attend. His institution didn’t know that he had already packed his belongings and had a resignation letter written, and he didn’t tell me this until a couple of years after the training. Years down the road at another Train-the-Trainer event, he explained that after attending the class I taught, he was re-inspired to continue making a difference in the lives of his students and he didn’t resign when he got back home; he decided to keep teaching.

What was the best vacation you’ve ever had?

Just before the pandemic my wife and I visited Hawaii for our 20th anniversary. We spent most of our time cruising the Big Island in a Jeep.

What is a superpower you wish you had?

I wish I had super speed because I usually have so many things I want to accomplish, but there is never enough time in the day to get them all done.

What does true leadership mean to you?

I believe true leadership is about enabling the full potential in others.

What motivates you to wake up and go to work?

Service to others is what motivates me to wake up and go to work every day. Service to others has always been something ingrained in me but has become more important in my adult life because of my church’s vision to Strengthen the Home, Change the Community, and Reach the World.

Want to learn more about the world-class curricula Craig helps develop here at NC3, or get a question answered about how to best utilize it by developing stronger relationships between local businesses in your area and your institution?! Click here to contact Craig today. 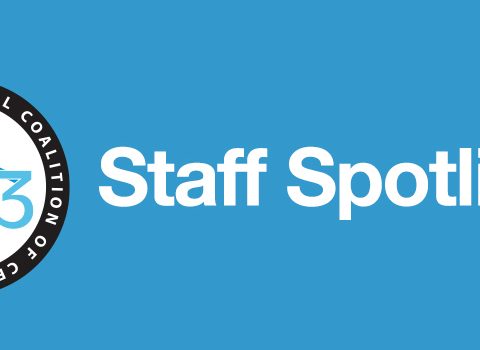